The European Heritage Days are a unique opportunity that comes along only once a year to discover the history of the nation, of art and of heritage professions. For two days, many public and private buildings tell their story by opening their doors to everyone. These two
days are an opportunity to discover the city of Saint-Malo, a port city
of Brittany.

An invitation to discover or rediscover the city of Saint-Malo

Every year, the whole of France organises a weekend to discover its heritage thanks to an event called "Heritage Days". Saint-Malo, for its part, offers many sites to visit, with the aim of discovering its cultural wealth and history through its museums and heritage. 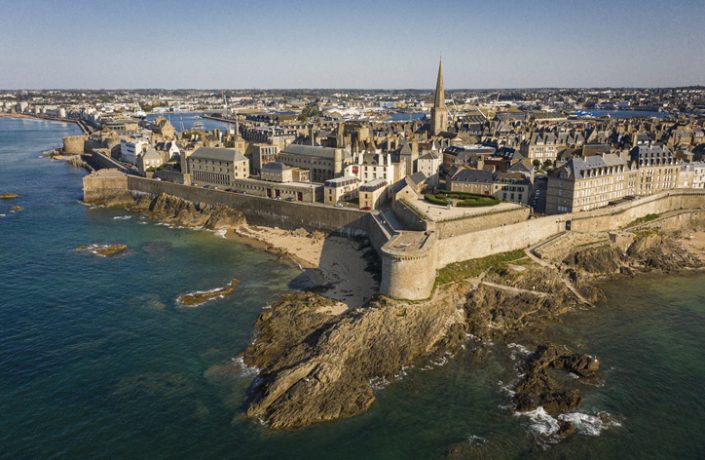 many sites to discover in saint malo

Listed as a historical monument since 16 November 2011, the Maison du Peuple was built in 1920. Its architecture was built according to the plans of Edmond Eugène Mantrand. The Maison du Peuple consists of a pavilion and a festival hall in its extension at the back. The visit of this historical monument is done in the company of the volunteers of the association, owner of the building.

The fortifications of Alet

The team of the Memorial 39/45 will tell the evolution and the rich history of the fort of the city of Alet, including the famous 88 mm anti-aircraft gun, through time. This visit is entirely outdoor.

A true witness to the golden age of the city of Saint-Malo, the malouinière de la Chipaudière, as well as its gardens, was specially designed by Garengeau for the Magon family, rich shipowners of the 18th century. Today, it is classified as a historical monument and its inhabitants are still the same family since its construction.

The privateer's residence is a hotel that was built in 1725 especially for François Auguste Magon de la Lande, a privateer under Louis XV. The latter was also a shipowner and director of the Compagnie des Indes.

During the Heritage Days in Saint-Malo, the public is able to visit more rooms of this house, including the cellars, a hidden staircase, etc.

Étoile du Roy is an exact replica of a privateer frigate whose first model was built in 1745. It is a 47-metre long three-masted ship. A visit to this site allows you to go back in time and discover the fascinating history of privateers.

Jacques Cartier was an explorer from Saint Malo and his house has been restored and fitted out to reflect his daily life and travels. During a visit to this manor house, young and old alike have the chance to enjoy 16th century games in its garden and discover bobbin lace.

Other ideas for discovery during the Heritage Days in Saint-Malo

For the 2 days of Heritage in Saint-Malo, other sites await the public with impatience, such as the Grand-Bé, the corsair city, the guided tour in costume from Saint-Malo to Dinard, Anne de Bretagne presents her Duchy, the Saint-Malo fish market and Branle-Bas de doris.

the beaches of Saint Malo

* Mandatory fields. This information remains confidential and will never be distributed to any organization.
** By submitting this form, I agree that the information entered in this form may be used and processed to enable me to be contacted, in the context of my request for information, whether by e-mail or telephone. To know and exercise your rights, in particular to withdraw your consent to the use of data collected by this form. Please consult our privacy policy. Legal information